What do a million pennies and an elderly woman on snowshoes have to do with Oneida County? Find out this summer with a tour of Oneida County’s fascinating local history museums. You’ll learn about the rugged loggers that harvested trees here, and you’ll discover what it was like to attend a one-room school heated by a wood stove. Here are some things you can discover in Oneida County.

In the years before there were powerful snowplows clearing Oneida County’s roads, there was a small woman called “the Angel on Snowshoes.” Dr. Kate Pelham Newcomb did not have wings, but she was angelic to the residents of Oneida County who were in need of medical care during the cold winter months. Dr. Kate reached her patients on snowshoes, but she knew her patients needed more. She launched a campaign to build a hospital, and students began collecting pennies to make it possible. The dream captured the world’s imagination, and pennies began pouring in from all over the planet. The hospital was built, and in 1988, a museum was constructed to preserve Dr. Kate’s special story.

Explore Rhinelander’s logging history at this popular historical park. Take a stroll through the Rhinelander School Museum, learn about lumberjacks in the Logging Museum and check out the Soo Line Depot and the Conservation Corps Museum. You’ll also see an authentic recreation of an 1870s lumberjack camp, a wide variety of logging equipment and an outstanding collection of items and artifacts from Rhinelander’s past.

Located at the Johnson House, the oldest known home in Three Lakes, the museum has seven exhibit buildings chronicling the history of the Three Lakes area. It includes details about Native Americans who lived in the area, as well as information about the logging, farming and railroad industries. The museum also showcases Three Lakes tourism during the 1940s and 1950s and includes information on notable people and events from recent years.

This charming little museum is worth a return visit—it has exhibits that change from year to year but always include details about the Island City’s special past. Previous exhibits have focused on pioneer families, early electricity in Minocqua and waterski memorabilia. Come see what’s new—and old!

Even if you’re not actually going back to school, it’s still a good excuse to refresh your wardrobe. Here’s a look at some of our…

Someone special deserves someplace special, so this year, make plans to head to Oneida County. It’s a perfect destination for couples—our lodging and dining options…

Add another scoop. Turn your happy hour in happy hours. When you’re in Oneida County, you can make those long, lazy summer days as long…

Oneida County is the place to be this summer! Fun events are happening all over the county that offer something for everyone. Full a full…

People have been snowshoeing for thousands of years but the activity has never been hotter than it is today. Modern aluminum-framed snowshoes are lighter and…

Oneida County is a place for people who love the outdoors. Nearly a quarter of the land in the county is public, open for anyone…

The general inland fishing season starts every year on the first Saturday of May. Oneida County is an outstanding fishing destination – the area is…

There’s always something happening in Oneida County. From festivals to races, art fairs to concerts, there’s an event for every traveler. Fall brings a fresh…

Oneida County’s trails are meant to be traveled year-round. From biking in the spring to snowmobiling in the winter, you’ll never run out of trails…

Fall color season offers plenty of ways to enjoy the beauty in Oneida County. Here’s your guide to planning a spectacular fall getaway in any…

Summer is right around the corner! Our definition of a perfect summer vacation in Oneida County includes three things – Recreation, Relaxation and Entertainment. Recreation.…

There are few things as soothing as spending some time next to (or on or in) a lake in the Northwoods of Wisconsin. Here are…

Oneida County’s resort communities offer a wide range of lodging options. You’ll find accommodations perfect for groups of any size, and many properties are right…

Your browser is out-of-date!

Update your browser to view this website correctly. Update my browser now 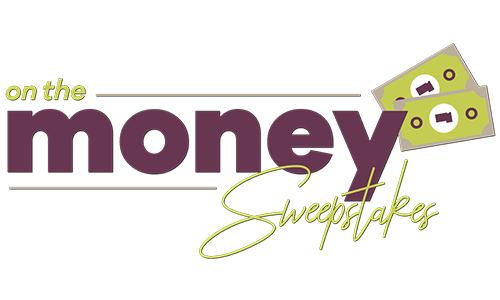 Enter today for your chance to win!